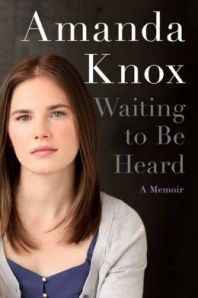 I can’t pretend to know much about Italian law, however in what I have read regarding the famous Amanda Knox murder trial, their premise in judging those accused of a crime appears to be 180 degrees different from that of American law.  In America, we take the idea of “innocent until proven guilty” to heart, in some cases perhaps too much so.  The idea behind that phrase, however, is that a person should have a fair trial and you really can’t have a fair trial if you are assumed to be guilty.

Assuming innocence requires the prosecution to come up with hard evidence that a person committed a crime.  Although this can be troubling for a prosecution that is pretty sure someone committed the crime but don’t have evidence to prove it (sometimes there really isn’t much evidence) and requires them to use their “little grey cell” as Hercule Poirot calls them, for the those being charged it is the kindest, most loving way to proceed.  The opposite, which is what Italian law appears to practice, is that of guilty until proven innocent.  This premise puts those being charged at an instant disadvantage, for judge, jury, and prosecution are then unwilling and perhaps unable to see the facts of the case in an objective light.  Any character flaw in the person charged is assumed as an affirmation of guilt, and people can be condemned by hearsay and speculation instead of hard facts.

My belief is that the person bringing a charge should be the one to prove that charge is true.  If the state or police department is charging someone with murder, they have to prove that with evidence, not hearsay, or speculation.  And if they bungle handling the evidence and force confessions out of people that weren’t true, well, shame on them.  Do better police work next time and if the person is guilty they won’t get to walk free.  Covering up poor police/detective work by placing innocent people in jail does nothing for justice, truth, and love for our fellow man.  We have problems with this in America, too.  I think all police departments struggle with wanting to look good over pursuing the truth.  The job isn’t an easy one by any means, especially in a day and age when all too many guilty walk free on technicalities and so on.  However, police work and the law mean nothing, in my opinion, if their primary goals are not the protection of the innocent and the pursuit of the truth.

I’m about halfway through reading Waiting to Be Heard by Amanda Knox.  Her story makes me shudder for every young person blithely going abroad to study or work.  I was one of those young people having taught and lived in the Czech Republic for one year and in China for three.  Like Amanda, I knew exactly zero about the laws of those countries and how their legal processes work.  Nothing really bad happened to me when I was abroad, but it so easily could have.  America in some ways has become a bit of a cesspool.  Our freedom is used for many these days to do drugs and be sexually promiscuous.  Young people grow up thinking, like Amanda Knox, that they are abnormal if they don’t feel comfortable especially with the latter.  We can debate over whether drugs or promiscuity are bad/good, dangerous/healthy and so on, but Americans are for the most part unwilling to hang someone for a crime they didn’t commit no matter how many drugs they do or how promiscuous they are.

In other countries this isn’t so.  In some other countries if you are seen to be of “bad” character, you are guilty even if you didn’t do the actual crime.   And yet we young people skip over to others countries and all too often expect those countries and cultures to bend to our will.  We assume our social and sexual views are superior and should be theirs as well.  In this article I am doing the same, saying that our view of “innocent until proven guilty” is better.  This mere assertion isn’t enough to change the actual way in which other countries’ court systems work.  It is just so heartbreaking that so many of us, no matter how in tune with the world do not take to heart the big differences in how the law is applied around the world.  Having restraint at times, even if we don’t agree with it, can be so very, very important in how others perceive us, and too many use that perception against us if we are accused of something.

Saying this is not to put blame on the victim, but to state that being aware of reality is so very important.  For example, we have the freedom in America to dress any way we like for a job interview, but know that the reality is that dressing too casually or in dirty, wrinkled clothes will cost us the job.  We may profess an “innocent until proven guilty” as far as the law goes, but even in America in practice, people are often immediately judged on their actions or how they dress.  It may not be right, but it is a reality we live in daily.

Continuing on the theme of reality, I am baffled at how bizarre conspiracy theories are allowed in a court of law.  I don’t understand the Italian prosecution in this case, but I certainly admire their imagination.  Conspiracy theories have wormed their way into American courts from time to time, too, and we as a public are easily intrigued and seduced by them.  Many Americans refuse to believe that Amanda is anything but guilty, and many also speculate on the murdered McStay family from California, accusing them of working with drug dealers and so on, all with no hard evidence to prove either as true.

The reality in the Knox case is this: She did not, whether innocent or guilty, have a fair trial.  If you question that reality, I can’t help you,  you’re too far gone already, joining the accusers in Salem, the accusers in the Inquisition, and yes, the accusers of the Jews during World War II.  If you’re simply not sure, I encourage you to read her story and read the information online about her case.  Any thinking person can clearly see she was shafted and railroaded here.

One more thing: I was pretty convinced that Amanda Knox was likely innocent even before hearing the details of her story after reading The Monster of Florence by Douglas Preston and Mario Spezi.  The accusations they encountered from some of the same people involved in Knox’s case are simply too similar.  Devil worshiper cults involved in sex rings and with nary a drop of evidence to prove such a theory? These accusers, like those of Salem, are not in touch with reality, nor concerned with finding the truth.  Whether she did it or not, as a human being, Amanda Knox deserves better.